When is a Car Repair Not Worth It?

Buying your first car is an exciting time! But it can also END_OF_DOCUMENT_TOKEN_TO_BE_REPLACED

How to Save on Car Insurance Under Age 25 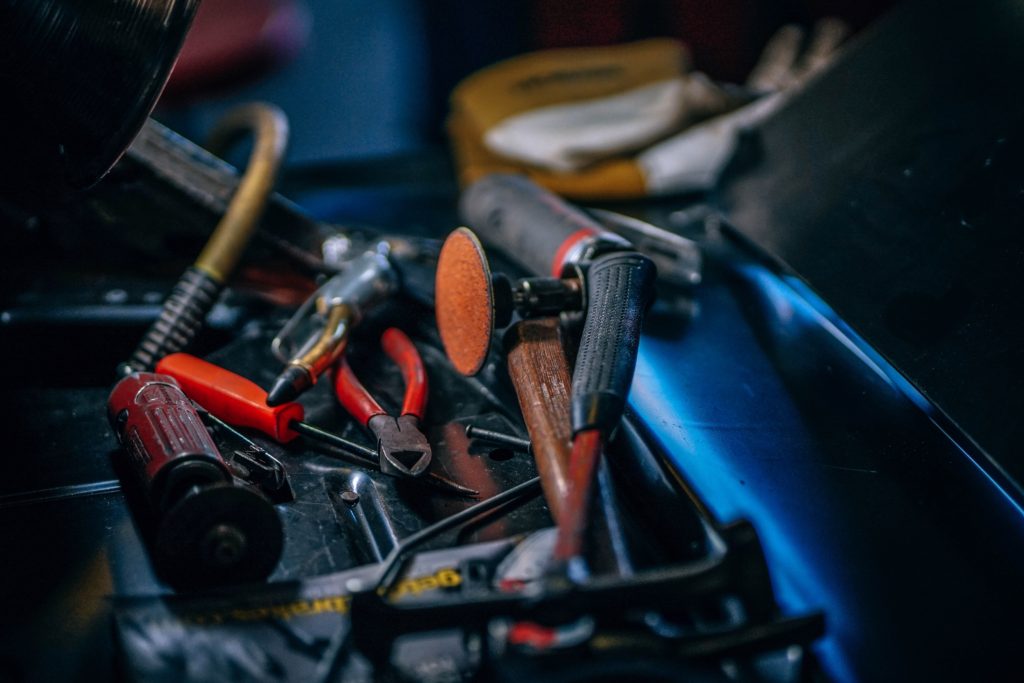 When is a car repair so expensive that it’s simply not worth it anymore? That’s a question I get asked a lot and it’s one that I’ve struggled with myself many times.

But there’s really two components at play when you’re trying to answer that question — the emotional component and the financial component.

As we will see below, there are actually very few situations in which a car repair wouldn’t be worth it financially. But our emotions can convince us otherwise. Here’s usually how the situation goes.

Why We Think Car Repairs Aren’t Worth It

We’ve all been there. We have a paid off used car that’s begun to make that turn (pardon the pun) to where maintenance costs are starting to rise. A $300 repair pops up one month, and then a $175 repair the month after that… and then 5 months later, you’re told by your mechanic that you have a $700 repair on your hands!

Your hands instantly begin to sweat.

That’s a LOT of money… especially to put into an old beater. And then you begin to add up all of the other “minor” repairs that you’ve made throughout the year, and all of the sudden a thought pops into your head.

“Maybe I’d be better off getting a new car then laying down another $700 for this repair. A new car would be dependable. All I’d have to worry about for like, the first 5 years, would be oil changes every 3,000 miles. When you add up all the maintenance costs I’d be saving, I probably would come out ahead.”

In both situations, I had multiple people advise me to think about moving on and getting some newer wheels.

The arguments for buying a new vehicle usually go something like this:

Are you starting to see the logic? The only way to be certain that you won’t “waste” your money is to ditch the beater and use your cash to buy something new and dependable.

And in many ways, I saw everyone’s point.

In both situations, the repairs would have wiped out a significant portion of our savings. “Was it worth it for cars that were on their way out soon anyway?”

I literally agonized over both decisions. But, in both situations, I finally opted to pay for the repairs.

Why would I make that choice?

Leave Your Emotions at the Door

Well, to be completely honest, if I was just basing my decision off of emotion, I wouldn’t have.

I HATE depleting my savings, and I HATE wasting money, and there was definitely a fear that I would be doing both at the same time by choosing to make the repairs.

The thought of being able to sign up for a car loan with little money down was certainly enticing. I could upgrade my wheels AND keep my savings intact.

However, in both situations, I tried my best to place my emotions off to the side and instead chose to focus on a fact that has stood the test of time.

You hardly ever come out mathematically ahead by choosing to buy a car instead of paying for a repair.

Read that again and let it sink in. Now, let’s take a look at why.

Why Paying for a Car Repair is Almost Always Worth It

We’ve all seen our fair share of car commercials on TV.

At the end of the ridiculous ad that features some family on a camping trip, driving alongside antelope in the middle of a picturesque snow-peaked Colorado mountain range, you’ll hear the guy with the deep voice say something to the effect of, “Starting at only $250 a month.”

Instantly everyone thinks to themselves, “Wait, I can get THAT for $250 a month? I can afford $250 a month in my budget!”

And right then and there we’ve taken the bait on one of the oldest tactics in the sales business: get the customer to focus on the monthly payment.

How to Sell a Kirby…or Anything Else

When my dad was in college he used to sell Kirby vacuum cleaners door to door. For those of you who aren’t familiar with the brand, they’re quite expensive – many models ranging from $500-$1,000. That’s a gasp-worthy price tag for a vacuum.

And the Kirby people knew that. My dad used to tell me stories of how his sales managers strictly instructed all of the salespeople to never mention the full cost of the machine.

What were they taught to draw attention to instead? The monthly payment.

After the demonstration was finished, and the “How much?” question would pop up, they would reply with a smile to the interested customer, “Only $29 a month” or something to that effect.

Grins would flash across the customers’ faces as they thought to themselves, “I can get ALL THAT for ONLY $29 a month! Sign me up!”

This same strategy lulls multitudes of consumers into paying more than they should for a multitude of products. A few product categories that thrive on the “monthly payment” selling point, include:

And yes, cars. Let’s go back to the hypothetical example that we gave at the beginning of the article.

The person in our scenario has a $700 repair to deal with. That sounds way more expensive than a measly $250 a month car payment.

But let’s think about this for a moment. At $250 a month, you will have paid $750 in car payments in only three months.

What this means is that as long as your car lasts you 2 ½ more months, you will have broken even. And every month after that will be $250 saved!

Let’s follow this comparison further. In 1 year’s time, you will have spent $3,000 in monthly car payments. Now, if I told you that you had a $3,000 repair coming up on your car this year, you’d probably keel over dead.

But the same amount of money could be spent in a year’s time on car payments, and we don’t even bat an eye!

The overall point? Stop focusing on the monthly cost of buying a new car, and instead ask yourself what your total cost would be if you went that route.

Then, compare that total cost with how much money you realistically may spend in repairs during that time.

Spoiler alert: The repair costs nearly always come out ahead.

Paying for a repair vs. buying a new car.

Why do I say that paying for a repair is almost always worth it mathematically? For one, the average cost of a new vehicle has now risen to over $32,000.

Do you think you’ll spend that much in repairs over the next 5 years? I don’t think so.

The highest cost repairs you could possibly incur are usually the two that I faced in my car situations – a blown engine and a transmission failure. And the average cost for both of those doesn’t come anywhere near $32,000.

So while a new car may seem cheaper when you focus on the monthly payment, when you really take a look at the true total cost, it nearly always becomes clear that it’s the more expensive choice.

Paying for a repair vs. buying a used car

And you’re probably thinking, “Yeah, but I would only buy a used car.”

That’s still more than the cost of even some of the most expensive repairs.

Plus, at that price range, you are going to be getting a 6-10-year-old used car that will soon be dealing with its OWN set of issues.

At least with the car you currently own, you know what you’re dealing with.

Let’s say you find a “real deal” for a fairly affordable new car, like say a Ford Focus, for around $16,000. You decide you’d rather “invest” your money that way, than on fixing the car you own.

What you have to remember is that your car will lose about 25-40% of its value the second you drive it off the lot. It’s called depreciation, and it’s one of the wonderful blessings of new car ownership.

And the depreciation doesn’t stop after year 1. Significant depreciation continues each of the first several years of car ownership until, by year 5, the average new car will have lost 60% of its original value.

This means that you will have lost around $8,000-$9,000 in depreciation value on your new car purchase in just the first 5 years.

You can’t “see” this money going down the toilet, but it doesn’t make it any less real, and you must keep it in mind when comparing the math between buying or repairing a car.

There’s More to Consider Than Just the Math

If you’ve read very much of my site then you know that I’m very rarely dogmatic about any financial concept (other than that you should spend less than you make).

Why? Because I realize that there are exceptions to nearly every financial idea or rule.

Are there exceptions to this mathematical rule as well? Certainly! But they are rare.

However, just because a decision isn’t mathematically more affordable doesn’t mean that it’s not worth it.

There are plenty of intangible benefits that can come with buying a newer car.

Those reasons include: knowing that you’ll have a dependable car to get back and forth to work, having less car repair stress in your life, or simply wanting to have something a little nicer than what you have right now.

There’s nothing wrong with any of these reasons to buy a car.

These lifestyle benefits should not be overlooked or taken for granted. Of course, if you are going to buy a car, I would prefer that you pay cash for it, and I would prefer that it be a used car around 3-5 years old. But, overall, I am not against you upgrading your wheels.

I just don’t want you to be fooled into believing that buying a new car is going to save you money. Because more often than not, that’s nothing more than a myth.

Related: How to Save on Car Insurance Under Age 25