Do I Really Need a Credit Score? 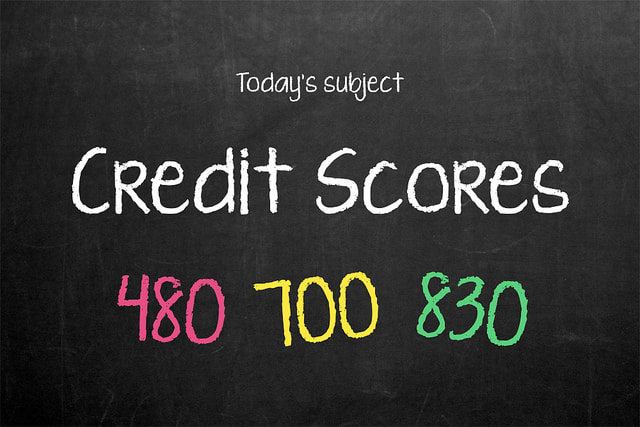 My wife and I were both young when we were married. I was 22 years old and she had just turned 20 a month earlier. Neither of us had ever owned a credit card and had no debt to speak of whatsoever.  We rented for the first 2 years of our marriage. After the 1st year, we wanted to begin preparing to buy a home.

We stopped by the local branch of our bank to sit down and find out what steps we would need to take. We told him that we wanted to begin looking at homes in a few months. The guy behind the desk happily took our personal information, typed it into his computer, smacked the enter button, and then…his smile dropped away and he looked at us with a frown.

“You two don’t have a credit score,” he stated blandly, with a touch of annoyance in his tone.

“That’s right,” I said. And then, as if I was begging to prove how naive I was, I continued, “Is that bad?” I had always been taught by my parents that debt was a bad thing, and so I thought that having no debt, plus having built up a nest egg in our savings account, would have made us the “ultimate borrowers” in the eyes of the bank. But the worried expression of my new friend sitting across from me was tipping me off to the ignorance of my ways.

“Yes, I’m afraid to say that is bad,” he said. “Without a credit score, the bank has no way of knowing if you are trustworthy enough to pay back your loan. Do you understand?”

I guess I’m a little dense, so the logic wasn’t getting through to me. “No I don’t understand. Can’t you check to see if we’ve paid all of our bills since we’ve been married? You mean to tell me that you guys want us to have debt? You want us to not have everything in our lives paid for?” I was the one now who was starting to get annoyed.

Check your credit score for free with Credit Karma.

For the next few minutes, the poor guy tasked with explaining to me how things work in the “real world,” tried, in vain, to convince me why this is how things had to be. He then proceeded to recommend that we get started with a secured card to build up our credit slowly, before graduating up to a regular credit card to continue building our credit.

Then, and this was the kicker, he told me that the earliest he could see us being able to buy a home would be a year away from the current date.

That sent me over the edge. I lost my cool with the guy. This made absolutely no sense!

My young wife and I had worked so hard to be responsible, and we had walked in with glowing faces, ready to take this next step. And now I was looking at the face of a very disappointed wife, which made me feel like I had let her down.

I protested valiantly with the guy, but to no avail.

Finally, I gave in and resigned myself to the fact that this was just the way things were. We got ourselves signed up for the secured card, and only used it for gas each week, and paid it off in full each month. Soon, we did graduate up to an unsecured card and continued the same usage pattern. A year later, we had over a 720 credit score and did buy our first home at a prime interest rate.

Since then, we’ve used the cards enough to keep them active, and we’ve paid off every statement balance as soon as it arrives. We’ve never paid a cent of interest on a credit card.

Why Credit Scores Do Matter

I share this personal story because I want to be as fair and balanced as possible when discussing anything involving credit cards or credit scores. I know many personalities in the personal finance arena will tell you that you are foolish for caring about your credit score. They’ll preach about how silly it is to for the banks to base someone’s credit-worthiness based off of an arbitrary number.

And they are right.

However, I also know what it’s like to need to buy a home and to be told that you can’t get a loan without a credit score. The fact is around 90% of lenders use borrowers’ FICO scores when making lending decisions.

I don’t live under a rock. I understand what the current financial environment is like. As I’ve discussed when talking about UltraFICO or Deserve, progress is being made towards credit scores including banking and bill pay data, instead of just credit card usage, but we’re not there yet.

The fact of the matter is that there ARE difficulties that come with living a “no credit card/no credit score” life.

Some of those difficulties include:

Check your credit score for free with Credit Karma.

So, do you really need a credit score? Well, if you don’t want to deal with all of the above hassles, then the answer is, yes. Unfortunately, that is the reality of the world we currently live in.

But wait! Hassle factor isn’t the only thing that needs to be considered. If you know that you are someone who will struggle with being disciplined enough to own a credit card and pay it off each month, then you should definitely NOT get a credit card. Why? It’s very simple.

No amount of hassle is as financially devastating to you as dealing with loads of debt at 15-30% interest!

If you feel like you are someone who would be better off financially not having a credit card (and that is likely quite a few of us), then NO you should NOT care about your credit score. There are workarounds for nearly all of the difficulties presented above.

You can survive (and thrive) without a credit card. Many are already doing so.

Just know that you’re probably going to put in a little extra work along the way. Check your credit score for free with Credit Karma.

Is It Worth It To Hire A Credit Repair Company?

Your credit score can impact your finances in a variety of ways. END_OF_DOCUMENT_TOKEN_TO_BE_REPLACED

Understanding the Factors that Affect Your Credit Score

Should Young People Use Credit Cards? A Balanced Perspective

In the personal finance world, there’s a debate that rages regularly about END_OF_DOCUMENT_TOKEN_TO_BE_REPLACED

How to Build Credit From Scratch

If you’re still in high school or college, you probably don’t have END_OF_DOCUMENT_TOKEN_TO_BE_REPLACED