FIRE: The Movement I Just Discovered I Love

College textbooks can be incredibly expensive. If you pay full price for END_OF_DOCUMENT_TOKEN_TO_BE_REPLACED

7 Tips To Live On A Low Income (Without Feeling Deprived)

Want to know how to live on a low income? Well, I END_OF_DOCUMENT_TOKEN_TO_BE_REPLACED

If you’re a nerd like me, then you may have had a END_OF_DOCUMENT_TOKEN_TO_BE_REPLACED 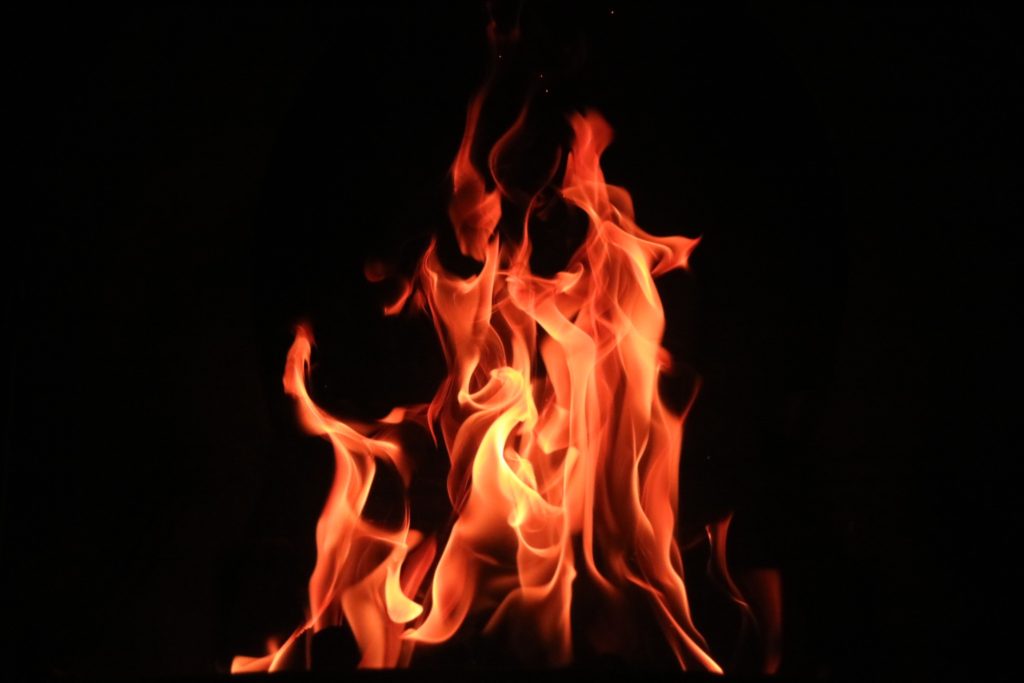 I have a confession to make: when I first decided to begin professionally writing about personal finance for students and millennials, I had never even heard of the FIRE movement.

And then I started meeting all these awesome people from the personal finance blogging and podcasting world and I kept noticing that a bunch of their business names would have FIRE at the beginning or end…or, even more confusing, often just FI.

Did these letters indicate a personal finance degree that I didn’t know about? Perhaps it was a certification that I needed to get?

For my friends who have been part of the FIRE community for a long time, go ahead and laugh. Trust me, I don’t blame you.

And, yes, I guess this confession might totally de-legitimize my “millennial money expert” schtick, but nevertheless, it’s the truth.

For those of you who for some reason are still reading, let me try to somewhat defend myself. I’ve since discovered that I had, for years, been living out many of the principles of FIRE without even realizing it.

As a child, I grew up in a young senior pastor’s home. My mom and dad firmly believed in the principle of living below your means. I can remember countless times when I was growing up, my dad would sit me down and say something like:

“Clint, when most people get a raise, the first thing they do is think of ways to spend it. They immediately raise their standard of living to match their new income. Don’t do that. Keep your life simple. The more stuff you have, the more you have to worry about. When God blesses you with more money, instead of looking at it as an opportunity to buy a bigger home or car, look at is an opportunity to save more and give more to others.”

My Dad was FIRE before FIRE was FIRE.

Ok, not exactly. As we will see, there’s more to the FIRE movement than just frugality. But valuing saving over spending is a major part of the FIRE culture. And in order to live that way, you have to be ok with not having the latest and greatest of everything.

Thanks to my mom and dad, this has never been a struggle for me. They helped me see how foolish it is trying to find happiness in stuff.

Then when I reached high school, I got obsessed with this nerdy, radio guy with a funny-sounding voice named Clark Howard. A consumer expert, Clark had lived on every other paycheck in his 20s so that he could retire from his first career at age 31. This guy was a millionaire, but he was all about saving every possible penny that he could.

It was the first time I had ever heard of someone who had the MEANS to live a rich lifestyle but willingly chose frugality, and I ate it up!

I would listen to his podcast every available minute that I had, just soaking in as much as knowledge as I could.

Clark would talk about concepts like being a max-saver (which he defined as someone who saves 50% or more of their after-tax income), investing in low-cost index funds (a popular key tenet of the FIRE movement), and slightly increasing the amount of money you put away towards retirement on an annual basis.

I took his ideas to heart and my current saving, spending, and investing habits all can be traced back to those early Clark Howard podcast-binging days.

After getting exposed to personal finance ideas through Clark Howard, I guess you could say I “got the bug.”

I became a full-on personal finance nerd. I started consuming books and podcasts from a variety of money experts, including Dave Ramsey, Warren Buffett, George Clason, Robert Kiyosaki, and many more.

All the things that I learned helped me to avoid student loans, car debt, credit card debt, and the other financial pitfalls that my peers were falling into. Slowly, I became someone who others my age would turn to for advice about money. And being a pastor now, myself, I had more opportunities than most would normally get to teach, counsel, and coach others about money.

So quite naturally and organically I decided it’d be fun to write about money so that I could extend my reach and help even more young people make good money decisions.

And then I found out that if you were a cool money blogger, you were totally into FIRE.

And I didn’t even know what it was.

So…I did what any self-respecting money expert would do – I googled “What is the FIRE movement?”

What is the FIRE Movement?

FIRE is an acronym that stands for Financial Independence, Retire Early.

Now, keep in mind, that’s just the cash value of your savings. But if you had invested that money in low-cost index funds and the money grew at a 7% annual rate, then you would have just over $800,000 in your retirement nest egg.

Then, if you decided to follow the 4% rule (never withdrawing more than 4% of your retirement portfolio so as to never outpace its growth in the market), the most you could withdraw per year would be $32,000 – $2,000 more than you had been living off of for the last 15 years anyway.

You would then be financially independent. In other words, any work that you do in the future will be because you WANT to do it, not because you have to do it to survive.

You could Retire Early like the RE in FIRE suggests, or more likely, you could just choose to work less or possibly change careers to one that is less-demanding or more meaningful.

Jonathan Mendosa, of the ChooseFI podcast, has identified 10 Pillars of the FIRE movement:

And upon these 10 simple principles, a movement was born. And it’s finally starting to gain some mainstream attention.

In fact, a documentary called “Playing with FIRE” is in the works and is set to debut in early 2019. It follows one real family trying to live the FIRE lifestyle and sheds light on their struggles and victories. Check out the trailer below!

The “FI” (Financial Independence) Is Really the Important Part

When I first explained the FIRE movement to my dad, I have to admit he was a bit put off.

“Retire Early?” That’s all that this is all about? It’s not about giving to others? It’s just about having enough money to never have to work again?

Remember, my dad’s a pastor, and he’s all about using finances to bless others. But he’s not the only one who has questioned the ideals of the FIRE movement. At first glance, it does seem like these people just can’t wait to stop working as soon as they can.

But when you really read and listen to FIRE enthusiasts, you’ll learn that very few of them have any desire to sit on hammocks sipping pina coladas for the rest of their lives. All the FIRE followers that I’ve met or listened to are incredibly high-motivated, passionate people, who would go crazy sitting on the couch or playing golf all day.

They simply want to be financially independent enough to be able to choose their work. They want to be in control of their careers, not in bondage to them.

Some “financial experts” have “poo-pooed” the FIRE movement by saying that it puts people in danger of not having enough money to get through their entire retirement years.

I honestly think that most naysayers don’t really understand the movement. They think it’s all about quitting your job as quick as possible. I also think that many of the critics honestly could never imagine themselves making the lifestyle sacrifices that it would take to adopt the FIRE way of living.

Peter Adeney (aka Mr. Money Mustache), one of the biggest leaders in the FIRE movement, sets straight many of the misconceptions that have circulated about FIRE in this excellent piece.

If there is one problem with FIRE it’s that if your income is below a certain level, you simply cannot realistically live off 50% of your income. If someone makes $25,000 a year, they are not going to be able to live off of $12,500. They’re just not. They’re obviously going to need an income increase to reach that kind of a savings rate.

If anyone understands this, it’s me, someone who’s lived off of a pastor’s income for my entire working career.

Let me just make this clear now: I am nowhere NEAR a 50% savings rate.

To be completely honest, I don’t know if I’ll ever hit that mark. But I can try to save more next year than this year. That’s a goal everyone can set for themselves, but few do.

And it’s important to note that all of the other FIRE principles will help the person making $25,000 a year too…and possibly even more so than a higher-income earner.

Cutting cable makes a much more noticeable difference on a budget of $2,000 a month than it does on a $5,000 a month budget. The same goes for saving on groceries, transportation, and travel.

And for that same person making $2,000 a month, adding a side hustle that brings in an extra $200 a week could dramatically increase their savings for a home down-payment or retirement! Kendall and I learned this first-hand.

So before you think FIRE is just for rich kids in Silicon Valley working for tech firms, think again. Saving more and spending less works for everybody. It always has and always will.

So, do I like the FIRE movement? No, I love it!

When I was growing up, none of my friends thought it was cool to save more money, buy smaller houses, or have less expensive toys.

Instead, materialism controlled (and for many, still does) most of my friends’ spending habits. Materialism drove many of my friends to all kinds of terrible financial decisions…many of which they are still trying to dig themselves out of today.

So to think that there’s a movement out there that’s encouraging millennials to live frugal lifestyles and to seek meaning instead of just money out of their work is amazing.

And as more people learn how awesome financial freedom feels, I hope the FIRE only continues to spread.