7 Tips To Live On A Low Income (Without Feeling Deprived)

5 Ways To Save Money On Home Renovations 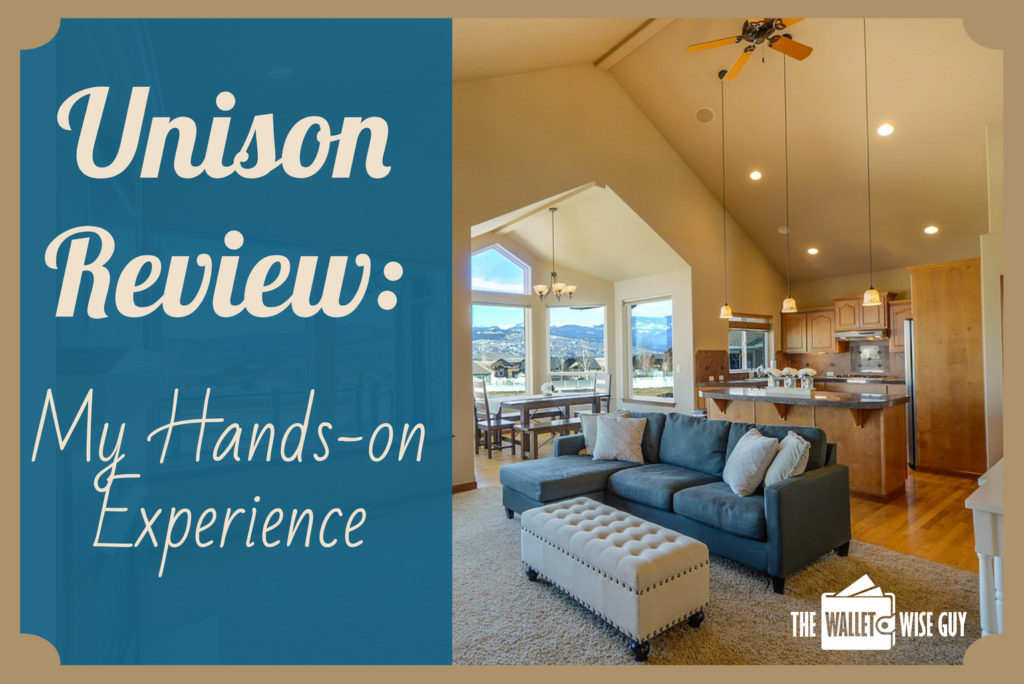 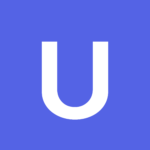 So I have to admit something. I’ve put off writing this Unison review for about 6 months now. Every time I’d consider writing it, I’d chicken out.

And here’s why. I’m known as the “conservative, personal finance guy” who encourages people to avoid risky financial decisions. And I knew that, on the surface, using a company like Unison to access part of my home equity was going to look like just the opposite.

I just knew that people were going to think that the concept behind Unison’s business was “shady” or that there must be a “catch.”

And how did I know that people would think those things? Because those are exactly the things that I thought myself.

I first heard about Unison and what they offered homeowners via a pamphlet that arrived in my mailbox a little over a year ago. Junk mail usually heads straight to the circular file at my home. But this particular flier caught my attention.

The more I read, the more I realized that I never heard of anything quite like this before.

Ok, so let’s get into how Unison Homeowner works.

1. Unison Allows You To Access Your Home’s Equity Without Taking Out a Loan

Ok, so if that headline confuses you, you’re not alone. I was confused as well.

But after spending hours researching how Unison works (and asking a ton of questions to the rep that we worked with) I’ll do my best to explain their business model clearly and concisely.

2. Unison Shares in the Future Growth or Depreciation of Your Home’s Value.

Unison’s percentage in your home’s future sale value is dependent on the size of your investment.

It’s important to understand that Unison will share in your property’s growth or loss. Let’s take a look at an example from Unison’s Program Guide. In the example below, Unison gives you $50,000 in exchange for a 40% investor percentage in your home.

So you’d actually lose less than you would have if you hadn’t partnered with Unison. It’s important to point out, though, that Unison will not share in the loss of your home if you sell within 3 years of your initial agreement (in some agreements, it’s actually 5 years).

Finally, one last example. Let’s say that you sell your house for exactly the same amount as it was worth when Unison partnered with you. In that case, you’d simply owe Unison the $50,000 that you were initially given.  So you would have basically had a 10, 20 or 30-year interest-free loan.

The fact that Unison will also share in the future loss of your home makes them radically different from a home equity loan. Another difference between Unison HomeOwner and home equity loans is that you don’t have to make any monthly payments to Unison.

At risk of sounding like a broken record, let me say this again. The money you receive is an investment, not a loan. So you don’t have to pay a dime until you sell your home or until 30 years have gone by. Get started with Unison.

That’s the question that I kept asking myself. So I decided to read a few other Unison reviews to see if could figure out what I was missing.

The answer? There isn’t a catch in the technical sense of the word. Unison is legit. They’re not a fake company or a scam.

But many writers and opinionists are pretty negative about Unison for one major reason. 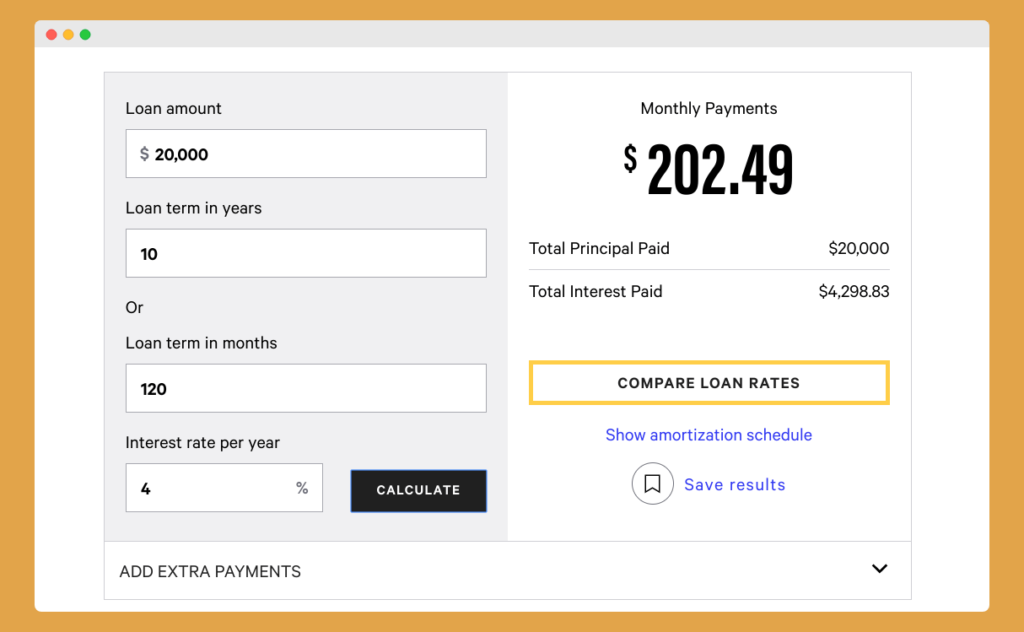 However, let’s say that your home grew by $100,000 during that same 10-year period (which is totally feasible) and you owed Unison 50% of that growth.

That’s a huge difference! So, when you look at it that way, it seems like a home equity loan is the slam dunk better choice. But it’s actually even worse than that. Unison charges a 3.9% transaction fee that is deducted from your loan total.

So, after explaining all that, why in the world would I choose to use Unison to access some of our home’s equity?

Let me explain my thinking process.

Why I Chose Unison

So why would the finance nerd go with something that seems like such a bad deal from a math perspective? Before you start yelling at me for being a fraud, let me give my best shot at defending myself.

1. I already had a lot of equity in my home.

By the time that we were considering a Unison investment, our home’s appraised value had increased (in only four years) to over $175,000.

So I knew that the only way we’d pay more than $25,000 back to Unison would be if I sold my house for an even bigger profit than I already had locked in. And I was ok with that tradeoff.

However, I would not recommend Unison for someone who doesn’t have much equity in their home yet. If our home’s appraised value last year had only been $100,000, for instance, I absolutely would not have gone through with a Unison investment.

2. I value having no monthly debt obligations other than my mortgage.

I’m a huge cash-flow person. We currently have no debt in our life other than our home and I love that.

If we have an emergency pop up this month, I can easily cut back on “want” budget items like travel and out-to-eat. But you can’t cut a car payment or home equity loan payment out of your budget.

As I’ll talk about in just a moment, the whole reason for wanting to access our home’s equity was to use it towards an investment property.

But what if things changed (and they did) and I wasn’t able to buy a rental property as soon as I hoped? With a home equity loan, I’d still have that monthly payment. But with a Unison investment, I’d still have complete financial freedom.

Do I fully realize that Unison may get more money out of me than I’d pay a home equity lender? Yes.

But I’m ok with that. Freedom is worth that to me. Get started with Unison.

3. I planned to invest the money.

Ok, so this is the biggie.

Whether we’re talking about a Unison investment or a home equity loan, I would never recommend accessing your home’s equity to pay for a dream vacation or buy a car. As usual, I’d advise you to save up and pay for those things with cash.

However, getting cash from Unison can make sense if you plan to invest the cash for a long-term benefit. In fact, Unison strongly recommends that you only use their cash for such a purpose.

Of the ideas that Unison mentions for how to use your money, my three favorites are remodeling your home, making a down payment on a rental property, and starting a business.

For example, if you use your Unison cash to fund a home remodel, it could help you sell your house for a lot more on the market. In our case, we wanted to buy a rental property. Our goal was to buy a home or townhome for less than $100,000 and use our Unison investment to put at least 20% down.

Here’s how the math would work out.

One more thing. You don’t have to wait till you sell your home to pay Unison back. You can buy them out after five years. You just have to pay them back including their investor percentage of your home’s current appraised value.

If our rental property did well, I’d consider buying Unison out early. That way I’d enjoy 100% of the market appreciation of both properties moving forward.

Do I Have Any Regrets of Choosing Unison?

So what you just read above was my “plan.” But sometimes life changes.

In my case, I had a pretty huge change. I began pursuing a new career in writing. We took out the Unison investment right before I made the decision to heavily pursue this new career path.

With the uncertainty of a new self-employed career on the horizon, I didn’t feel comfortable with taking on the debt obligation of a rental property. And now that I am a full-time freelance writer, I need 18 months of income history before I can qualify for a mortgage.

So basically, the planning guy did an absolutely awful job of planning on this one.

The Money Is Still Sitting There

But, honestly, this whole experience has made me even happier that I chose Unison vs. a home equity loan.

Because we went with Unison, that money has just been sitting in a Wealthfront high-yield savings account. And although I was committed to not touching it, in the back of my mind, I knew that we could in a pinch.

So, in essence, it’s just served as a bonus emergency fund.  And, honestly, that helped relieve some of the stress of my career move.

And, although I haven’t done so yet, I’d be completely fine with using some of the money to invest in my blog if the right opportunity popped up.

But, for now, the plan is to keep adding to the “rental property fund” every month so we can just make a bigger down payment when the time is right. Get started with Unison.

Who Should Not Take Out a Unison HomeOwner Investment?

As mentioned earlier, I wouldn’t recommend a Unison investment if you don’t have much equity built up in your home yet.

In that case, I’d just hold off on the investment opportunity until you sell your home. The only way you come out ahead with a Unison investment is if you receive 5, 10, or more years of investment return before you have to pay Unison back.

What is Unison HomeBuyer?

With Unison HomeBuyer, Unison will help you get to a 20% down payment on your home. This will help you avoid PMI and increases your buying power. In exchange, Unison takes an investor percentage in the future appreciation or depreciation of your home.

So would I recommend Unison HomeBuyer? Although I can see pros to the program, for the most part, I wouldn’t recommend it. I just don’t like the idea of you giving away a large percentage of your home’s future growth right from the get-go.

Related: 10 Tips for Buying Your First Home the Smart Way

Unison is a unique company. Are they out to make money? Absolutely!

But so are home equity lenders. Yet with Unison I can use their cash towards an investment opportunity and receive years of return before paying them a cent. For me, that was a worthy tradeoff.

Unison isn’t right for everybody. But, as someone who’s personally used them, I can tell you that they are legit. And if you’re looking for ways to access your home’s equity for an investment, they totally deserve your consideration. Get started with Unison.